Over 5000 performances under his belt

With over 5000 performances under his belt Mark discovered singing at the tender age of 8, Mark threw himself fully into the art and in his mid twenties really began the pursuance of his real passion, entertaining on a large scale.

The Johnny Cash / Marilyn Monroe Experience has Marks wife Joanne Caligiuri portraying June Carter Cash and Marilyn with renditions that will have you back in the day! The Elvis Presley Tribute show has taken MC Entertainment from Coast to Coast in Australia performing at RSLs, Clubs, Bowling Clubs, Golf Clubs as well as prestigious venues such as Twin Towns in QLD. Sharing the same stage as the Man In Black did in 1985 was an emotional event for all who attended.

Mark C loves to involve his audience in all of the shows and audience interaction and involvement ensures that everyone leaves the show feeling thoroughly entertained and completely satisfied. In addition to the Elvis Presley tribute show you cannot miss “When Rock Meets Roll”; rock n roll music and has the audience up and rockin’ the night away.

Our other tribute acts are Johnny Cash, Elvis, Buddy Holly and Wanda Jackson. With an Italian heritage that Mark C is extremely proud of his recently introduced a new act, an Italian floor show with all time classic Italian artists such as Little Tony, Gianni Morandi and more…A romantic night during which you will be transported back to the heady nights and lazy days of the 60’s and 70’s with such tunes as Fatti mandare dalla mamma and Occhi di ragazza. Come and join us and allow us to entertain you in a way that only MC Entertainment can do. 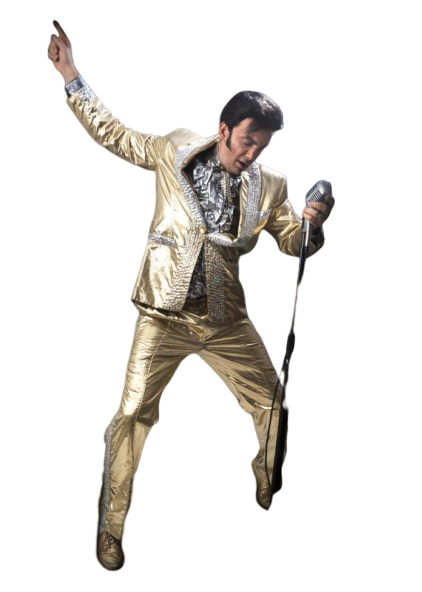